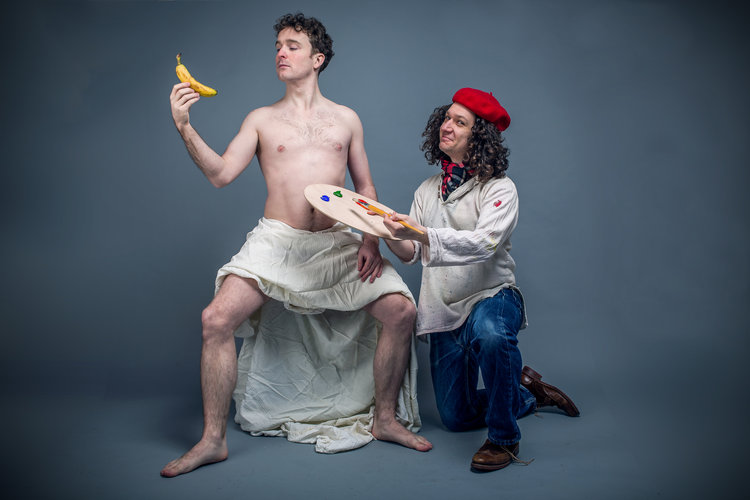 OUR FOURTH BLOG – A NEW HOPE

We’ll be honest folks, the heatwave has nearly ruined us both. Ben and Barry are perspiration-prone at the best of times, so recording recent episodes in the airtight hothouse that is Worst Foot Towers has been a challenge. But that’s only made the episodes even stranger, which is always a good thing. Listen out for upcoming shows on Resignations and Emperors!

Ben has returned to gigging after the birth of his wee baby boy, and is slowly getting the hang of talking to people who are actually in a live audience again rather than relying on editing. Barry has returned to prancing around as a host of The Crystal Maze Live in London and is slowly remembering how weird it is to be very silly without Ben alongside him.

We’ve been very touched by how kind and supportive those of you who are donating on Patreon have been. Those who have pledged support to us there have now received a couple of batches of exclusive extra content, we’ve had some great suggestions for upcoming show topics from them and we’re working on the idea for a live show sometime in the spring in London – it may not happen but if it does, we’ll be sure to let you know. After all, we kinda need you guys there.

Finally, the new football season has started. So over the next few months prepare yourselves for intermittent moans and gripes from both Barry and Ben about their respective teams as they yet again fall into the trap of false hope in new dawns.